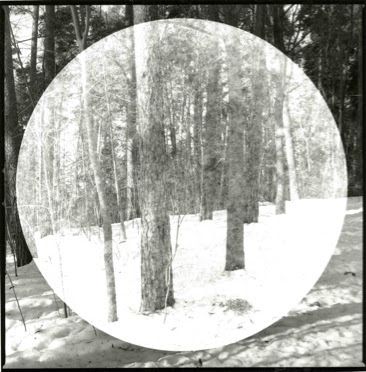 A photograph of a landscape is a photograph of the idea of a landscape. Adjusting the camera’s field of vision – allowing a sliver of sky above the top of a tree, or the full width of the river, to be taken in – is a way of locking your image in to an idea already held in the head. Landscapes are, in other words, preemptive: your image sits within a pre-existing idea, with memories of past landscapes laid over it like transparencies. And those past images, reaching back beyond the earliest photographs into the painted landscapes of the seventeenth century, allude to a linguistic certainty: we know what a landscape is, because a landscape looks like this.

Aliki Braine’s images look like landscapes. Their two-thirds sky, one-third land proportions nod to this. And our way of looking at them might well replicate the way we ordinarily look at images of landscape: as emblems of retreat or tokens of sublimity. Yet Braine’s works enact a series of interferences at the development stage. These are landscapes caught in the act of becoming: elided, blocked-out and part-erased while still negatives, they tease at the certainties of our image of the landscape as a way of unravelling our certainties about language itself.

Take, for example, Braine’s 2006 White Out/Black Out images. A single tree, locked dead centre in a kind of homage to the mighty oaks of the Romantic tradition, is photographed against a clear sky. Its associations, with national and genealogical ancientness, are what Jasper Johns would call “things the mind already knows”. Braine’s addressing and unpicking of the image, a rural version of Johns’ replication of the stuff of urban living, is a way of reversing the process by which an image becomes unnoticeable. The hole-punched vacancies that blot out the trees, and the whited-out streaks that erase them, perform a conceptual sleight-of-hand: the tree becomes more visible for its disappearance. These images haven’t yet been allowed to become “landscape”, and by doing so are stilled somewhere between the world as seen and the world as known. Because you don’t see, you look.

Braine’s works are not only not quite landscapes, they’re not quite photographs, either. Each image is a record of an act of destruction to another image, and these two images – the tampered negative and the faithful positive – coexist in anxious dialogue. In the Circle/Square images, a forest scene redolent of Friedrich or the brothers Grimm appears part-obscured by a semi-opaque white circle. Fading slightly at the edges, the circle resembles a hovering snowglobe, its contents frosted with sinking flakes of white: a container for an idea about landscape. Made by affixing an ordinary sticker to the negative, the image as seen reflects on its own creation, becoming in the process a inversion of the self-certifying circular mirror in Jan Van Eyck’s ‘Arnolfini Portrait’. Braine’s images speak to themselves, asking of themselves: is this is a landscape? Does a landscape look like this? Every image is a stutter and a shrug.


Details of the exhibition are here.
Posted by Ben Street at 08:33 No comments: 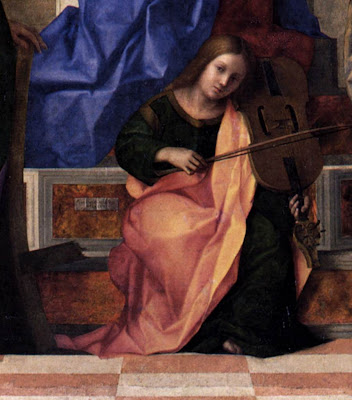 Maybe Thomas Struth’s 1995 photograph of the interior of the church of San Zaccaria in Venice is too obvious a way to epitomise the relationship between contemporary art and the art of the past. Not only that: it’s also nearly 20 years old, it’s over-familiar, and it’s representative of a moment in photography that now looks old hat, very pre-2008. The thing itself seems like a relic of a time when photography set out to be object first and image second: a huge glossy C-print, designed for easy installation over a plutocrat’s mantle. There’s something obscene about it, even: a photographic object, printed in an edition made to sate commercial tastes, recording a unique painted object, whose placement – as much as whose content and author – generates a heightened aura of sacramental exclusivity. There’s pathos to that, too, on first look. It might be used to head an article on the indifference of the modern public to great artistic masterpieces (look at that dude on the bottom left! He’s not even looking!), or an op-ed on the rise of atheism. So the reaction to the work is sometimes a bit sneering. That, or – as I witnessed while looking at this work in Struth’s current show at the Whitechapel gallery – awe. Strewth!

Read the whole article at Art21 here.
Posted by Ben Street at 07:14 No comments: 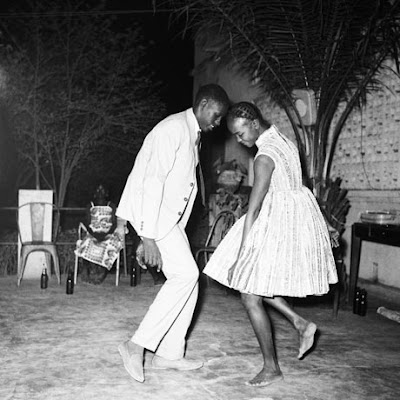 Who's Afraid of Contemporary Art?

Booking now.
Posted by Ben Street at 11:08 No comments: 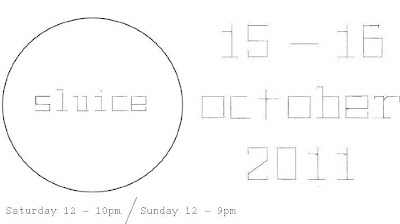 The Sluice Art Fair website is now live. http://sluiceartfair.com/
Posted by Ben Street at 01:55 No comments: