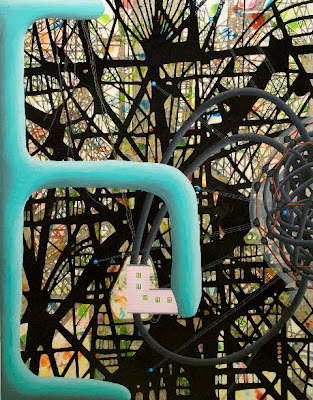 The first really noticeable thing about Peter Hildebrand’s paintings is their fostering of tensions: between the man-made and the organic, the neatly-limned and the wildly splodged. Against a background of drooled or spat-out paint, Hildebrand creates imaginary architectural structures, whose forms’ intricacies and details suggest vast, human-dwarfing scale. By turns recalling the spectacular fripperies of World’s Fair pavilions (dodecahedral structures out of Buckminster Fuller recur) or the grim blankness of corrective institutions (panopticons and H-blocks), Hildebrand’s loopy architectural fantasies seem wilfully unbuildable, like Antonio Sant’Elia’s impossible futurist buildings. The allusion to utopian modernist projects is of a piece with a strain in contemporary art that looks back at the failed visions of the last century like embarrassing family secrets, best kept hidden.

For Hildebrand, though, the modernist past is re-presented not as the materialisation of long-discredited political fantasy but as something stranger, wilder, and more irrational than orthodox readings might have us assume. In Hildebrand’s paintings, two apparently contradictory twentieth-century aesthetic and political movements are forcibly conjoined: the hard-edged asceticism of Bauhaus utopianism and the lurid gut-spilling of Surrealism at its most unbridled.

Take, for example, his painting Fuller’s Glitch – its title perhaps a reference to the aforementioned Buckminster. Layers of paint are superimposed like webs. Close-to, the work (like many of Hildebrand’s paintings) has the obsessive layering and horror vacui detailing of Chris Ofili’s paintings of the mid-1990s. A brain-like next of pipes confronts a giant E-shaped turquoise structure, from one of whose fronds a small pink modernist building emerges, like a thumb. Simultaneously galactic and microscopic, Hildebrand’s painting juxtaposes the inner life of the creative mind, feverishly cooking up impossible architectural solutions to insoluble societal problems, and the expanses of the universe beyond. The neural analogy is perhaps intentional: “buckyballs”, molecules of pure carbon shaped like Fuller’s geodesic domes, are a much pored-over issue in nanotechnology. The tension between the visible and invisible, the impossibly large and microscopically small, is part of what charges Hildebrand’s paintings with their weird urgency.

In Hildebrand’s Pentagonia, a five-sided building, evidently based on the Pentagon, is elevated on slender stilts against a spray of white paint. It glows, like a halo. Vaguely spaceship-like, it tilts threateningly overhead, its sides sparkling with pixellated windows. This is an uninhabitable space, a reminder of the etymology of Sir Thomas More’s Utopia (“no place”), a place comically uninterested in human access. Strutting on its spindly legs, like one of Dali’s disembodied heads on crutches, it seems unstable, somehow wobbly, like a dream leaving your mind.

Published on Saatchi Online, 28th Feb 2011. See the post here, plus my monthly top ten.
Posted by Ben Street at 15:44 No comments: 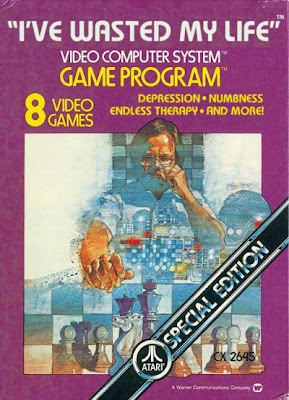 Whether or not computer games are actually any good for us – some argue they cause children to become withdrawn and asocial, and others suggest that they provide valuable life skills, like killing zombies with flamethrowers – there are certain life lessons all of them, whatever they are, eventually teach. Namely: spend long enough doing something and you’ll eventually do well at it, then suddenly regret all the time you spent doing it. Or: there are some things you will never be able to do, no matter how hard you try. There’s nothing like a video game – especially when the avatar is the almost exact physical opposite of the player, which is all the time – to reinforce a deeply-rooted feeling of loserishness. And that, roughly, is the subject of Cory Arcangel’s outstanding new installation at the Curve gallery in the Barbican Centre, called Beat the Champ.

Read the full review at Art21 here.
Posted by Ben Street at 08:03 No comments:

On Sculpture Being Boring 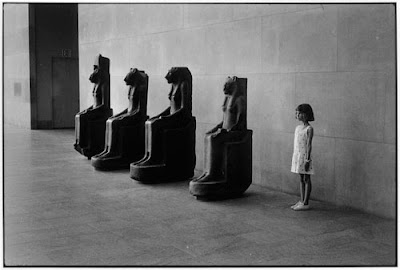 “Why is sculpture so boring?” So said Charles Baudelaire in 1848. Sculpture in Baudelaire’s time was boring. In actual fact, with some notable exceptions, sculpture was, for a very long time, very boring indeed. Have a wander through the Musee d’Orsay or the second floor of the Met and you might well be struck by the disparity between painting and sculpture in the mid- to late- nineteenth century. On the one hand, there’s Gustave Courbet’s ferocious, gnarled tableaux of ugly peasants and aggressively sexual maidens; on the other, Jean-Baptiste Carpeaux’s dreary trudge through mythological subjects. With the occasional blip – all of Degas’s sculptures and some of Rodin’s – sculpture at the birth of modernism looked like something we were planning to ditch once we worked out what paintings should look like. This wasn’t new in the nineteenth century – Leonardo da Vinci had famously already slammed sculpture as retrograde and coarse, something for the horny-handed working classes/Michelangelo – and nothing had really changed by the time of Ad Reinhardt’s dinner party witticism in the 1950s: “sculpture is something you bump into when you back up to look at a painting,” after which he waggled his eyebrows and pinched an heiress on the backside.

Read the whole piece at Art21 here.
Posted by Ben Street at 08:55 No comments: