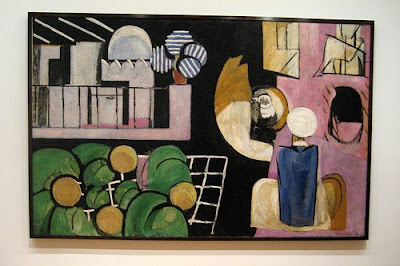 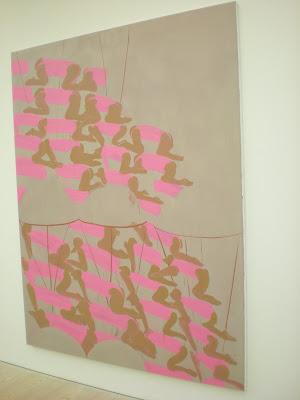 My piece on Tala Madani (Art21) is here. Above, Matisse and Madani.
Posted by Ben Street at 11:18 No comments: 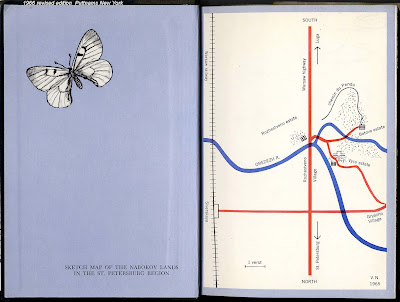 Can numbers be funny? I've been thinking about this after reading this amazing interview with Daniel Tammet in the Observer recently. Tammet is a 'savant' - a condition not unlike autism (the links between the two conditions are disputed, though, and savantism is singularly under-researched) - who has a characteristic that all savants share, which is (as defined by the spectacularly-named researcher Darold Treffert) a memory that is "exceedingly deep but very, very narrow".
Tammet has a powerful emotional response to certain numbers; he describes six as "the hardest number for me, the smallest...cold, dark, almost like a black hole". Reading this, I was reminded of the passage in Nabakov's autobiography 'Speak, Memory' in which he analyses the synaesthesic qualities of the letters of the alphabet that he felt as a child:
The long a of the English alphabet...has for me the tint of weathered wood, but a French a evokes polished ebony. This black group also includes hard g (vulcanized rubber) and r (a sooty rag being ripped)...I see q as browner than k, while s is not the light blue of c, but a curious mixture of azure and mother-of-pearl.
Finding numbers funny, while lacking the emotional import and imaginative sympathies of these exquisite leaps of association, is similarly intrinsic and impossible to really explain. How to articulate why 15 and 4 are very funny, 11 is hilarious, 7 is absolutely without any humour in the least, 12 and 16 are positively gloom-inducing, and 17 and 9 are gut-achingly uproarious? And how to explain why this sign, spotted in New York City, has the most inspired use of comical numeracy ("Pop.208") I've ever seen? 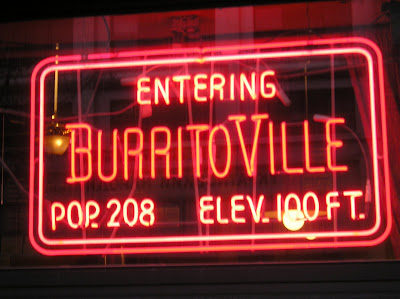 Many thanks and warm wishes to Tom Stephens, for originally spotting this
Posted by Ben Street at 10:58 3 comments: 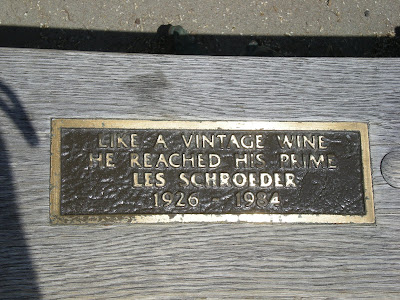 Another bench in Laguna Beach, California
Posted by Ben Street at 06:25 2 comments: 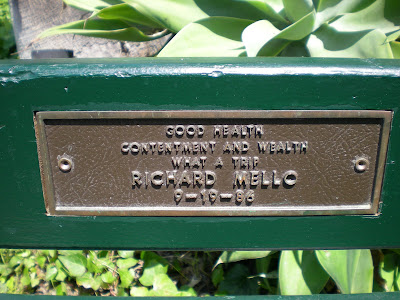 Bench in Laguna Beach, California
Posted by Ben Street at 06:21 No comments: 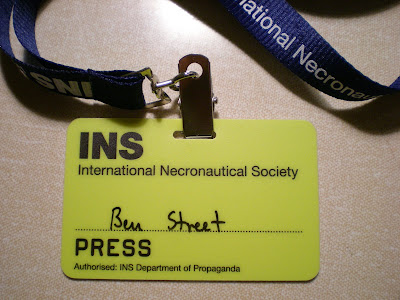 My very long piece, "The Matter of Past-Loving London" (on the International Necronautical Society's 'Declaration of Inauthenticity' at Tate Britain) for the (previously) excellent Triple Canopy is now available to read online. Read it here.
Posted by Ben Street at 13:01 No comments:

Too cool for school 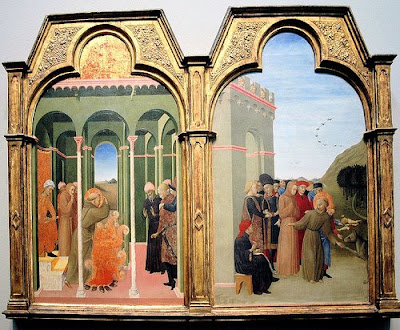 St Francis walks through fire and gives some skin to the Wolf of Gubbio. And he invented the internet (not pictured)
(images from Sassetta's Sansepulchro altarpiece in the National Gallery)
Posted by Ben Street at 13:26 No comments: 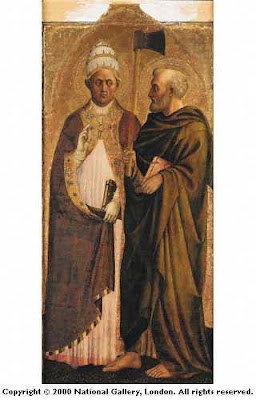 When I was about 13, I was confirmed in our local Catholic church along with a bunch of other kids from the area. The whole process involved a number of different stages - things to be memorised, theological concepts to grapple with - which mostly took place after school in friends' living rooms over a few glasses of orange squash. The bit everyone was excited about was choosing a confirmation name. We all had to choose a name of a saint with which we felt a particular affinity, and since we were all 13 and all had a sombre regard and encyclopedic knowledge of the animal kingdom (particularly the long-extinct), most of my friends chose St Francis, the saint who told the birds to stop tweeting when he was praying, and high-fived wolves, and walked through fire, and seemed like the cool older brother you never had.
I wanted to distinguish myself from the Franciscan herd, though, and spent a good 45 minutes leafing through any and all Catholic literature I could find on our bookshelves, scanning the pages for names that sounded as different as possible to Francis. This was important: to a 13-year-old boy, getting a confirmation name was an opportunity to do something you spent your entire adolescence yearning to do - shedding your given, embarrassing identity in favour of a pseudonym redolent of a dark and dangerous past that the increasingly-noticeable female members of your French class would find alluring, perhaps enough to overlook your increasingly-obvious physical inferiority to your classmates. So I chose St Matthias.
It's only in the last year that I've actually bothered to properly research St Matthias, to whose status as patron saint of alcoholics, barrel-makers and Gary, Indiana I ascribe my female contemporaries' failure to cast themselves helplessly at my scrawny 13-year-old feet. (One of my Franciscan friends kissed a girl's eye - aiming for the lips - in the Tunnel of Love at the local theme park). Matthias, whose name (according to 'The Golden Legend', Jacobus de Voragine's medieval romp through the thrills and spills of the lives of the saints) means either "gift of God" or "humble or small" (thanks, Jacobus), was the disciple picked to fill the shoes of Judas Iscariot after the Resurrection of Christ. Throughout de Voragine's life of Matthias, there's a sense of anti-climax: Matthias was chosen as a disciple by rolling dice (he was odds; the other contender, Joseph the Just, was evens), which started as best of three, then five, then seven, then nine, then Christ got impatient and told them to just give him the goddamn job already.
There aren't many paintings or sculptures of Matthias (perhaps not surprising given his final-reel appearance in the Bible), or at least not many in which he can be confidently identified. When he is there, as in a slim oblong panel painting by Masolino in the National Gallery, he looks appropriately awkward and out-of-place, holding his saintly attribute of the axe (presumably a reference to his grisly martyrdom, which probably took place in Ethiopia after several years of preaching) in an uncertain way. In Masolino's painting he shuffles along cautiously on his big flat feet, carrying his axe as though it were a tray of brimming wine glasses. Pope Gregory the Great looks over at him, making the gesture of blessing, but warily, ready for Matthias to drop his axe or trip over his toga. How I managed to be so prescient at 13 I don't know, but I'd like to say to my younger self: thanks. Thanks a lot.
Posted by Ben Street at 11:30 No comments:

My review of the Tate's triennial of contemporary art is now up on Art21. Read it here.
Posted by Ben Street at 06:12 No comments:

A new show of paintings by Marcin Cienski has just opened in Geukens and DeVil gallery, Antwerp. (I wrote the catalogue essay for this show, which I almost certainly can't print here). Cienski's work channels the stigmatisation of saints via the victims of biological warfare. He's one of those artists who telescopes historical time, drawing from the harrowing Baroque painting of Ribera and Caravaggio as well as as the wide availability of photographic imagery on the internet. Go and have a look, if you happen to be in Antwerp for an extra-marital tryst or high-level business deal.
Details of the show are here.
Posted by Ben Street at 08:41 No comments:

My new Art21 post, about contemporary art and spirituality, is here. Comments are warmly welcomed.
Posted by Ben Street at 07:37 No comments: